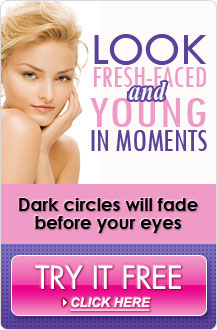 Dermavexin, like many skin care and anti-aging products today, is available for order online, making it a convenient and supposedly cost effective solution to fighting the signs of aging on the facial skin. However, cost effective is a far cry from what Dermavexin actually is, considering the list of ingredients, reviews and effectiveness, as well as the actual financial outlay required to obtain the product. Claims of prescription level results are not uncommon in the skin care and anti-aging product market, but actually following through and fulfilling those claims is pretty rare. In this case, Dermavexin falls right in the pile with the rest of the products that have made claims on which they could not deliver.

The ingredients of Dermavexin are broken into four categories: Peptides, Hydration, Lubrication and Anti-Irritants.

It should be expected that when using a product like Dermavexin, in addition to reversing and erasing the signs of aging, the skin will at least be hydrated – any over the counter face cream can do that. This leads one to wonder why then Dermavexin makes such a big deal about containing common ingredients.

The small amounts of peptides contained in Dermavexin are the active ingredients designed to repair and reduce the signs of aging, especially around the delicate skin of the eyes. Containing five different peptides to “rev up” collagen production may seem impressive, but the only ingredient worth noting is Palmitoyl pentapeptide-4. Otherwise, it seems that Dermavexin is full of ineffective, or, at best, minimally effective and inexpensive ingredients, while filling the rest of the product with common skin care ingredients easily found on a discount drugstore shelf.

So, for a product that contains just one effective ingredient, how much would you expect to pay? Probably not nearly as much as the manufacturers of Dermavexin are asking -- one bottle of Dermavexin is $125, plus applicable shipping and handling charges. Where did all the savings associated with online ordering go? There are discounts offered for purchases of multiple months' supplies at once, but even so, two months of Dermavexin still costs $200. The money back guarantee offered is a nice gesture, but it is hard to imagine who would pay that amount for so little in the way of active ingredients.

Dermavexin simply does not work, which makes the asking price all the more shocking. A good anti-aging skin care product, especially one designed to work best around the eye area, should contain powerful ingredients that have been proven to show results in the reduction of the signs of fine lines and wrinkles. Additionally, it is understood that these products will contain skin conditioners and moisturizers, as healthy skin is necessary to show the full results of any anti-aging product.

Dermavexin is crammed full of these common skin health ingredients, but extremely lacking in terms of proven active ingredients. How can Dermavexin deliver prescription quality results when it does not contain prescription quality ingredients? The formula simply does not add up to the promised results, though it does add up to a significant dent to the wallet. In this situation, it is easy to wonder what, exactly, justifies the price tag of Dermavexin, since it is certainly not the ingredients included nor the results provided.

Would you like to know more about other anti-aging solutions? Check out our reviews of all the market's top products here.