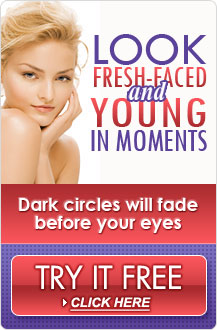 There's already been a great deal of buzz regarding the many benefits of Resveratrol. This antioxidant - most popularly extracted from grapes and found in significant quantities in red wine - has been touted for its ability to lessen the signs of aging, improve cardiovascular health, assist with weight loss goals and many other things.

Now, a new study conducted by researchers from Scotland's University of Glasgow and the University of Singapore is suggesting that Resveratrol helps with controlling acute inflammation. Diseases involving acute inflammation include sepsis, and they are very painful to live with - and very difficult to treat. The study - which was published in The Journal of the Federation of American Societies for Experimental Biology - gives hope that Resveratrol may help treat these painful, difficult diseases and offer patients and doctors another way to cope with them.

The processes behind which Resveratrol helps control inflammation are complex and interesting. In the study, scientists created inflammation in laboratory mice then injected them with doses of Resveratrol. The Resveratrol prevented a major inflammatory response in mice who had peritonitis induced in them, which is quite telling since peritonitis normally causes drastic inflammation.

As researchers exposed mice to various inflammatory conditions then treated them with Resveratrol, the results were consistently promising. In more technical terms, Resveratrol prevented leukocyte migration, inflammatory cytokine production, degranulation and oxidative burst. In layman's terms, Resveratrol inhibited the processes that normally lead to inflammation. Since many conditions cause severe inflammation - which can cause major damage to internal organs, among other things - it is quite promising indeed to learn that Resveratrol may be an all natural way of treating the problem.

The recent news about Resveratrol's beneficial effects on inflammation also helps highlight its great anti-cancer effects. People who are fighting cancer - or who are at a high risk for it and would like to ward it off - have been turning to Resveratrol for years as a natural way to do just that. There's no question that Resveratrol has excellent anti-cancer properties, and there is science to back that claim up. When cancer attacks a person, it goes after healthy tissue with the assistance of enzymes known as matrix metalloproteinase.

This interaction is what spurs tumor growth and causes the cancer to flourish and spread. Incredibly, Resveratrol works to inhibit the activity and effectiveness of matrix metalloproteinase, which in turn helps to keep cancer from spreading and becoming worse. Although that is the biggest effect that Resveratrol has on cancer, it's not the only one. It also inhibits other enzymes in the body that can cause cell proliferation - in this case, the proliferation of cancer-causing cells.

It stands to reason that Resveratrol is a powerful way to fight back against existing cancer - and to prevent it from occurring in the first place. Since Resveratrol is all-natural, it won't cause negative side effects and can be safely taken in the form of a daily supplement.

Resveratrol is known for its veritable laundry list of health benefits, which is partly what makes the recent discovery about its effects on inflammation so amazing. Along with its well-known and demonstrated effects on cancer, Resveratrol is regularly used by many people to help turn back the clock on aging.

Indeed, many people swear by Resveratrol as a way of keeping themselves youthful and vibrant. Those who take Resveratrol as a daily supplement report - and demonstrate - much clearer, healthier, more glowing skin. Their energy also seems to give them an air of youthfulness.

Perhaps the best known benefit of Resveratrol, though, is its effects on cardiovascular health. Studies have consistently shown that people who drink a glass of red wine per day have fewer incidents of heart problems. It's not the alcohol in the wine providing those benefits - it’s the Resveratrol from the grapes used to make it.

Anyone with concerns about their cardiovascular health should consider including Resveratrol supplements in their daily regimen.